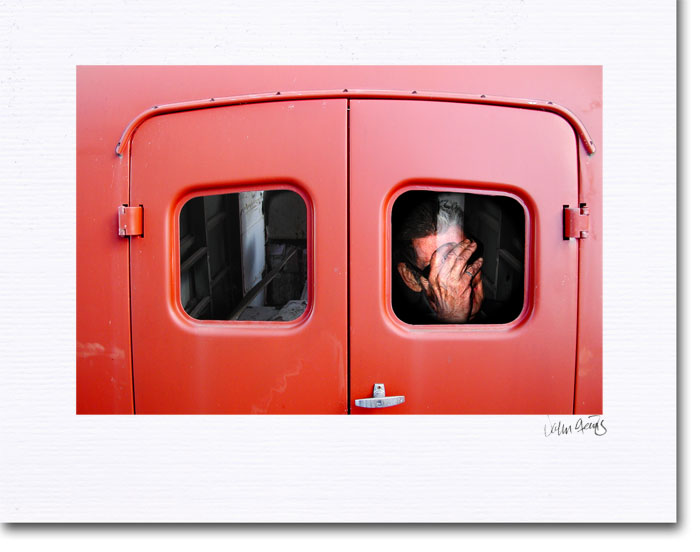 The often oppressive and unbalanced show of force by Toronto police during the 2010, G20 public protest was a masterwork in authoritarian theatre.

They played to every news camera, cell phone and recording device, making it abundantly clear that no form of protest was going to be tolerated. To drive the point home they went out of their way to arrest over 900 hundred citizens, sweeping them away from their own streets and neighbourhoods in the largest mass arrest in Canadian history.

It didn’t matter whether you were a raging granny, a senior with a prosthetic leg or a testosterone infused skinhead playing the “anarchist” rebel. If you were in the path of the police juggernaut you would have spent the night in an auxiliary detention centre prepared in advance by the Ontario government.

Never mind the troublesome detail that practically every detainment was conducted with a blind eye to lawful arrest, hence the mass dismissal of charges only days later.

So here’s my image of my dad being caught up in the police roundup as he walked to the corner store for some smokes. Of course it’s my allegorical expression of rightful citizens being harmed and detained for no reason other than being used as pawns in a well choreographed display of government authority.