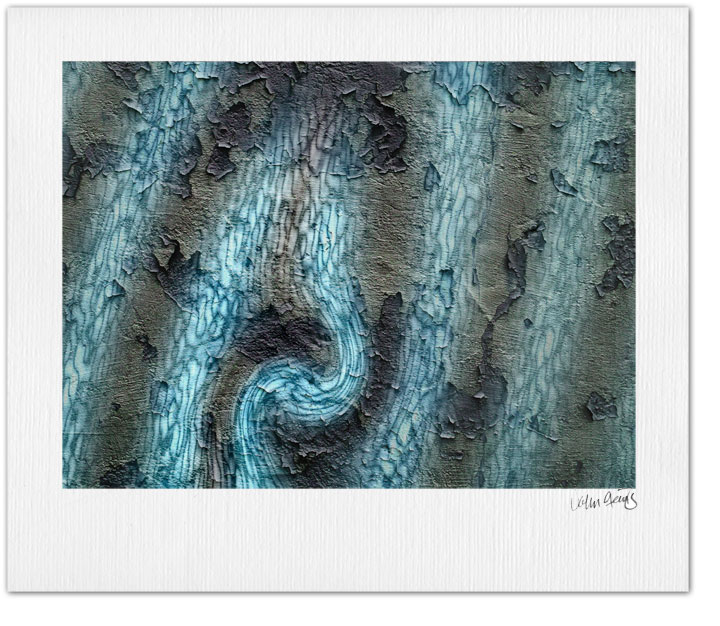 This is a new image inspired by a friend who recently acquired one of my fractal images called Snail Polka. It’s a large format print which now hangs in his Arkhangelsk apartment in northern Russia.

His latitude is in the same neighborhood as me except I’m on the flip side of the planet.

The image above is called Undulating Spirits. I’ve been working on it for awhile because of a renewed interest in fractal geometry. In this case I projected some fractal images onto a grungy surface. Fractals of course are shapes that repeat themselves on different scales to make up a whole shape. They can be found in nature such as the fern leaf or can be generated using fancy algorithms discovered by Benoit Mandelbrot, the father of fractal geometry.

I’m trying it out on cold press paper from Epson. The sheets are made from pure cotton fiber and have a nice feel and weight, they are archival.

Oops! This is what happens with too much pressure.