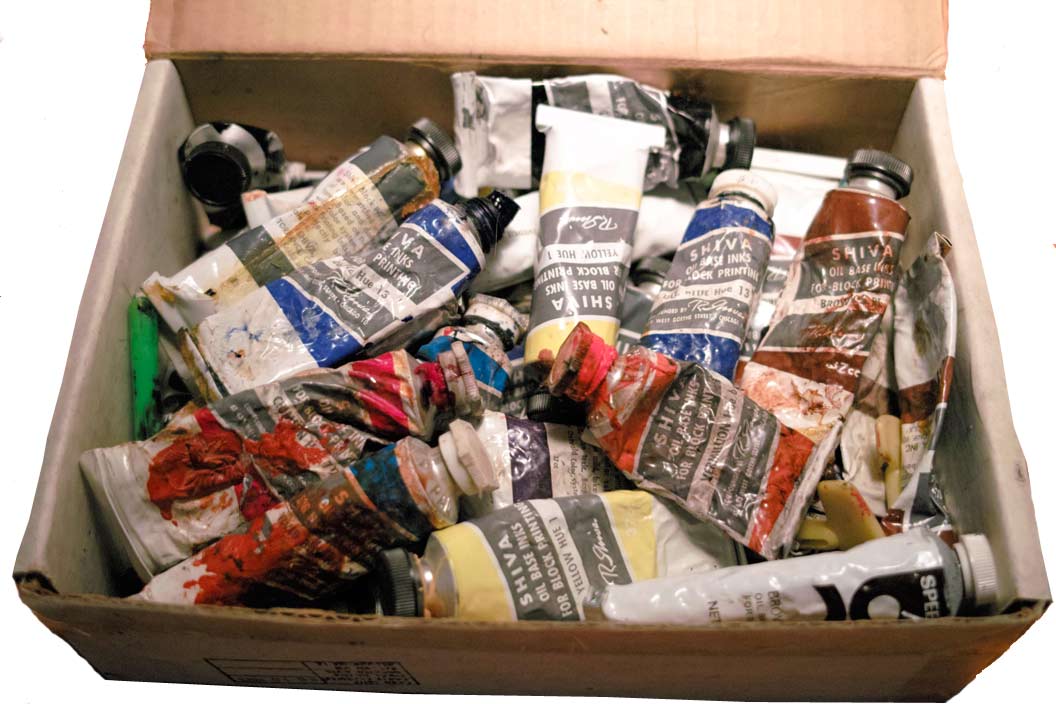 I found this nice box of Shiva block printing inks while organizing my studio. Unfortunately Shiva no longer exists as an ink manufacturer. They operated out of Chicago and eventually moved to their final home in Torrance, California. I believe they ceased operation four or five years ago.

Shiva’s palette was based on the Ostwald colour system which was devised by Latvian-German scientist Wilhelm Ostwald (1853-1932) in 1914, published as Die Farbenfibel (The Colour Primer) in Leipzig in 1916, and refined with Die Harmonie der Farben (The Harmony of Colours) in 1918. That’s an interesting study in itself if you are into colour theory.

I actually have quite a nice little stock of these inks unopened, not all the colours but lots of vermilion which is a favourite. I use Graphic Chemical inks and Daniel Smith but will dip into my Shiva stash from time to time. And they’re holding up fairly well for their age.