Home » About Me » About John Continued

When our family moved to Toronto I joined an ad firm called Vickers & Benson when I turned 18. They were one of the top advertising agencies in North America at the time. They hired young people who showed promise and groomed them for a future in the ad game. Of course, I was destined for the art department or creative arm of the company. Even though I was on the periphery for a very short time in this crazy environment I can totally relate to the TV series Madmen. It gives me a nostalgic twinge.

I switched horses in midstream and went over to the Canadian Broadcasting Corporation  taking a junior position at the Information Services Department. Jobs were always handed to me on a silver platter but I decided to chase a career in music as a singer-songwriter in the late sixties and early seventies. That effort had mixed results largely due to my penchant for not being able to decide between oats or hay, like the donkey that eventually starved. Happily I really didn’t know hunger. Another great job was at the University of Toronto Book Room and I moved into a communal house in the downtown area. Not to mention my gig as projectionist at Cinema 2000 on Yonge St. near Dundas, that was fun. But not nearly as fun as being the night manager at the Olympia bookstore on Yonge St. near Isabel. Back in the day this was one of the best bookstores in town featuring 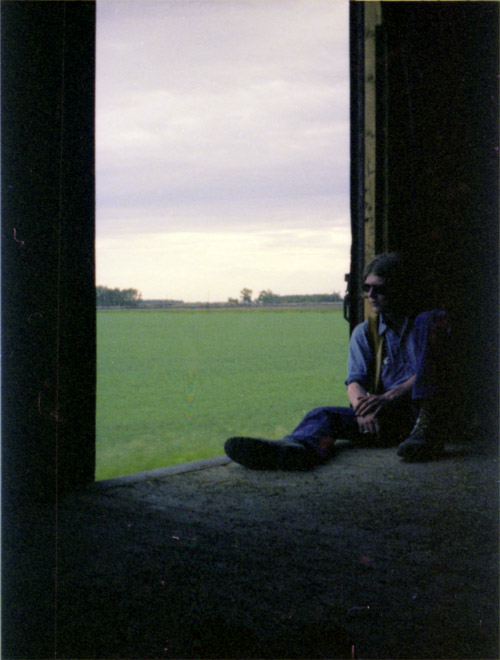 1974 rolled around and a buddy of mine and I decided to leave hot and dusty Toronto for unknown destinations in Canada’s northwest. We hopped freight trains across the vast prairie to the foothills of the Rockies, turned north and ended up in Dawson City, Yukon, home of the great Klondike gold rush.

We hooked up with some other travelers in our age group, built a  ‘skookum’ raft and set off down the Yukon River in late June. Huck Finn and Jim would have been envious. It was the perfect raft made from Dawson City boardwalk sections lashed to 45 gallon drums keeping us high and dry for the six week lazy float down to Eagle, Alaska and finally to a town called Circle.

After exploring Alaska via Anchorage and Fairbanks I got on the ferry in Haines for a sailing to Prince Rupert. At this time I was fixated on returning to Dawson and its voodoo magic.

Various exploits kept me employed and active in the mid to late seventies. The spring of 1978 was a highlight because I took delivery of my etching press that came in a huge crate all the way from Ontario. I remember the delivery guys from White Pass Freight grunting and groaning, trying to push the thing through a narrow doorway into my little log cabin. While they were pinching their fingers in the door jamb I prattled on about how their suffering was worth it because  it was all in the name of art… if looks could kill!

What a thrill it was to unpack my shiny new press made by Emil Praga back in Scarborough. Little did I know it would be under water the following year during the devastating flood of  ’79. The press survived and am still using it today.

One thought on “About John Continued”