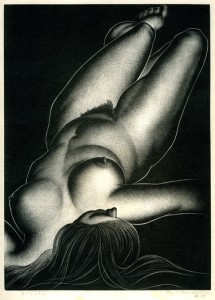 I’m extremely fortunate to own this Paul Landacre wood engraving titled “Siesta’ which he made in the 1930’s. The image is quite large for this technique measuring 7.5 by 9 inches – the print quality is stunning.

I was so happy to have discovered him a few years ago, now he ranks as one of my favorite engravers. He spent most of his life in California where he produced a large volume of work dedicating himself entirely to wood engraving. As you can see Landacre is a master of cross-hatching allowing him to model shapes with all grades of shading. Of course, he’s not a ‘one trick pony’, his other work reveals a wide repertoire of engraving techniques. (click on image for enlargement)

I’ve included a detail of his cuts for those that might find it interesting.

One might argue that this approach is too mechanical although I wouldn’t agree – certainly that can’t be said about his draughtsmanship. 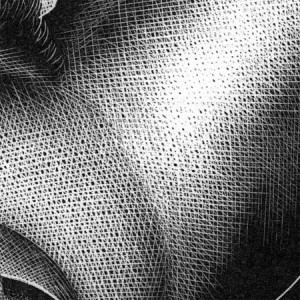 His flawless technique results in a beautiful balance between white and black.