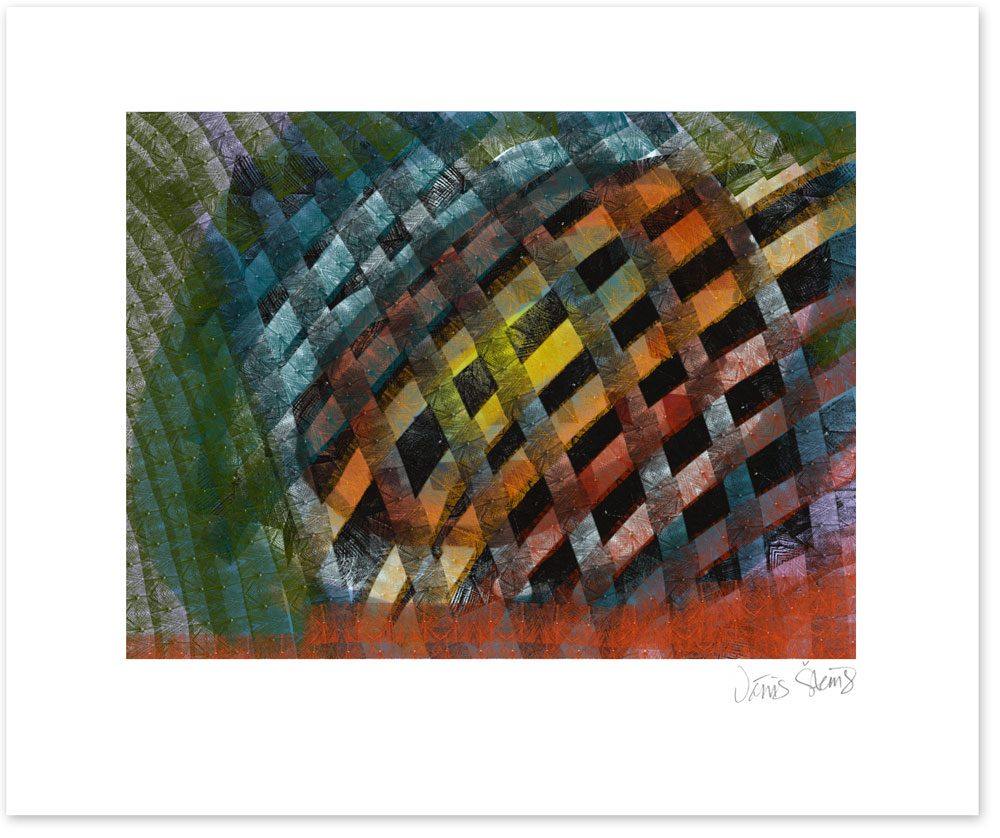 I’m thinking of switching to a different signature for all my new work with the idea of more closely identifying with my Latvian name Jānis Šteins. The “ā” has an ahhh sound, almost like “yawn(is)”. And the surname is pronounced Shteins as in shush. That name was bestowed upon our family some generations ago when the German Barons were busy imposing their will on the otherwise peaceful agrarian Latvian peasants. Of course Stein means rock or stone in German and is translated as “akmens” in Lettish.

Naturally, I don’t expect folk who know me, or anyone else for that matter to start pronouncing my name accordingly, I’m only summoning up connections to my heritage. But if friends want to call me Jānis, that’s cool.

The other matter I’m having a bit of fun with is that I’ve opened a new page showing recent work on a designers hosting service called Tictail. It has a minimalist Euro vibe to it. I’ve named my page Boreal Bedouin, an alter ego I’m playing with. I like the idea of a would be cultural nomad drifting about in the boreal environment of the Yukon. I like the alliteration also.

I posted a small series of stylus drawings done on a touch screen tablet. I love the process because it seems to take away the stress of handling actual materials and lets you focus entirely on the design without fear of spoiling anything. Then again, you don’t have the tactile joy of handling paints either, so I guess it’s the proverbial double edged sword. I’m hoping it will become a useful tool for developing ideas for “Bricks & Mortar” work such as prints and paintings.

Selfie as a woodcut